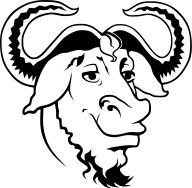 If you are a software developer or designer, chances are that you’ve given some thought to the benefits of releasing your work through an open-source license. This allows others to take a look at your work and copy it, distribute it or modify it for various purposes. The open-source community was once relegated to the back seat of the software-development world, but it is now a vibrant and mainstream option for many creative projects. WordPress and Linux are just two big examples of open-source software.

Open-source licenses allow you to relinquish exclusive control over your project by releasing it to the public domain, which saves you from the time-consuming process of having to grant individual permission for others to use your code. Many of those new to open-source licensing do not understand all of the available options, but two of the most popular are the GNU General Public License (GPL) and Creative Commons (CC). In case you were wondering, GNU is a recursive acronym for “GNU’s Not Unix.”

The GNU GPL is the most popular open-source license used today. It grants a number of rights to other developers who wish to contribute to open-source projects. GPL is primarily designed for software. Contributors are able to copy, modify and distribute your software according to the following terms:

• Software may be copied without limitation and saved on your computer, your server or clients’ computers and servers.
• Software may be distributed in any manner you wish. Some popular options include direct downloads, thumb drives, CDs and printed code.
• You may charge clients to receive the software, but you must provide them with a copy of the GNU GPL, which lets them know that they may be able to receive it somewhere else free.
• You may modify the software in any manner you see fit, but it must also be released under the GNU GPL.
• If you release it to the public, you must provide access to the source code.

Although CC is not exactly an open-source license, it is similar enough to be included in the category. Creative Commons licenses are designed for creative works. Several different CC licenses exist, but generally, the license has four parts, each giving other users certain rights:

• Attribution – The work may be modified by anyone as long as the original creator is attributed as the author.
• Share alike – The second part of the license stipulates that the work may be shared, distributed and modified only under an identical CC license.
• Non-commercial – The work may not be modified or distributed for commercial purposes. Some controversy exists as to how commercial is defined, but the generally accepted definition is that a profit may not be derived from the work.
• No derivatives – The last part of the license states that the work may be copied and distributed but not modified. This part is not always included.